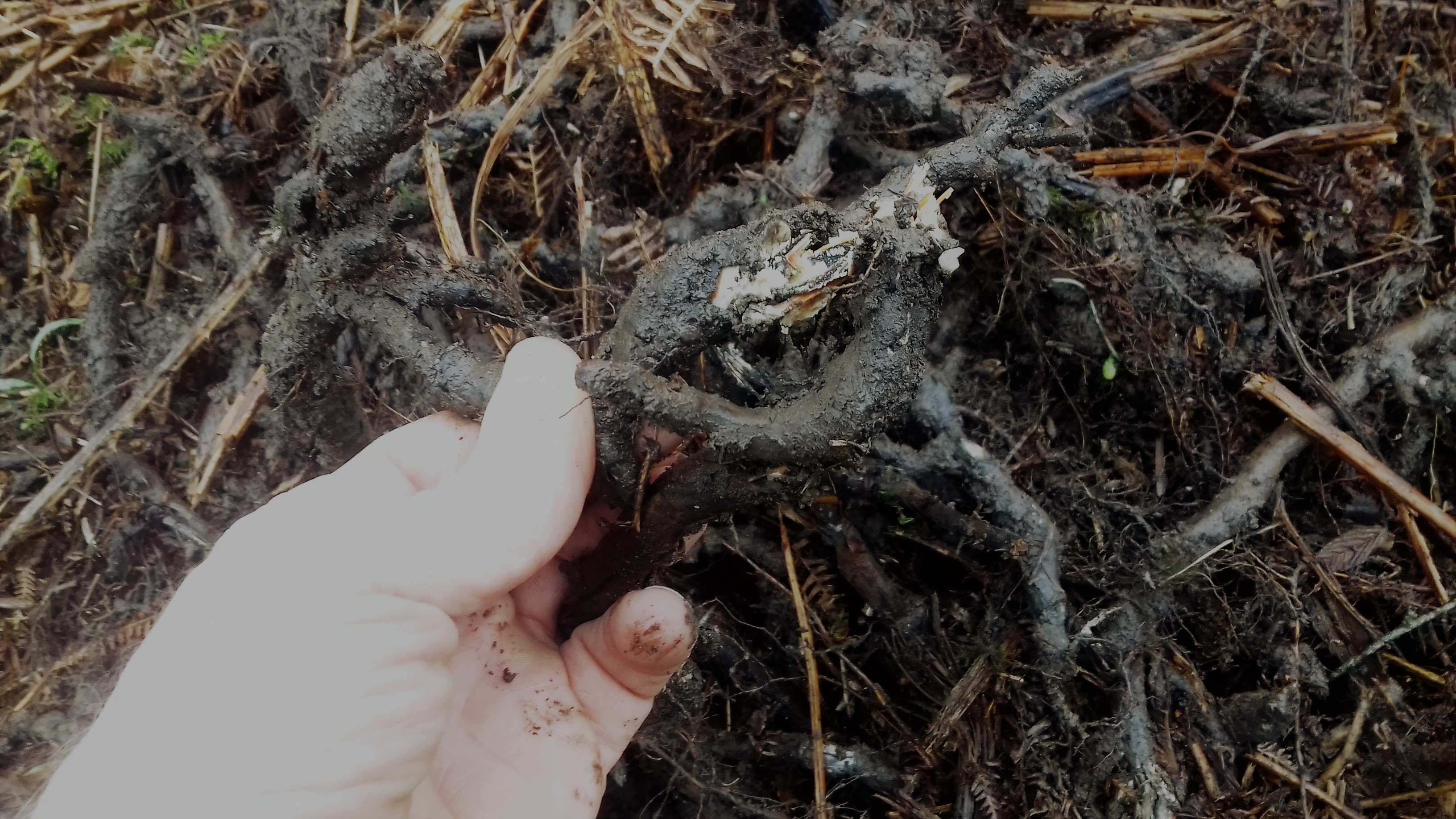 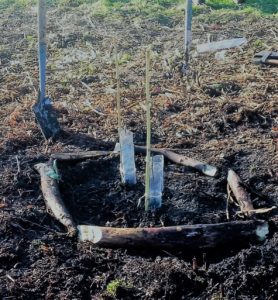 An example of a planting on Mansel Green.

There is a lot of Bracken and some Bramble in the area of Mansel Green; where we need to plant the trees and convert it to parkland. It is intended to mow the space between the trees with scythes which over time will get rid of both Bracken and Bramble until the shade from the trees suppresses what is left. The grasses should then form the ground cover making a park with trees and grazing.

There are 450 trees to be planted. The core of the park will be Oak and Beech with a block of Hornbeam for pollarding on the North side. 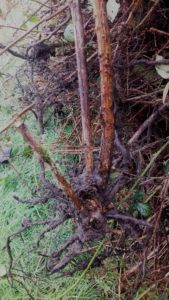 The first thing to do is to remove any Brambles if there are any; including the root ball in the ground for at least 1 metre around the place where the tree is to be planted. This can be done with a Mattock or Spade to loosen the root which can then be pulled up. The whole Bramble can be dragged away and folded up ready for burning. If the Bramble has to be cut off first, leave a stem long enough to give a handle. Care must be taken to avoid the thorns, suitable gloves are required. These must cover the wrists, such as welding gloves. 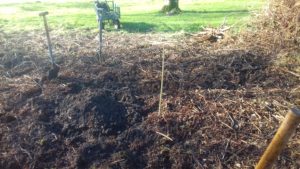 Once the Bramble roots have been removed, we go on to remove the Bracken in an area of about 1m across. This is where the tree is to be planted and the area should be cut around with a 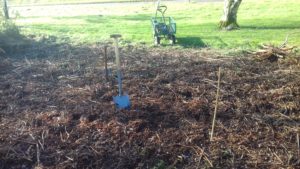 spade to the depth of the spade. Then using a border fork the ground should be forked over to remove the Bracken rhizome. 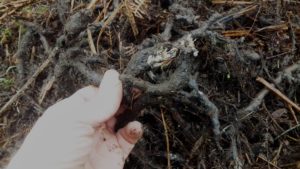 Now the tree can be fetched and planted. Get the soil ready first and dig out a spade full of soil to make the hole for the tree to be put into. When fetching the tree, be very careful not to damage the roots or allow them to dry out. Put the tree straight into the hole at the right height with the roots spread out and push soil around the tree until it is supported. Using both hands press the soil down firmly adding more soil as needed. 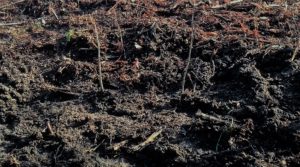 Trees planted (note here there are two oaks in the same hole, most holes only have one tree)

Wood can be added around the hole to give some material for fungal activity to work on. Then a bamboo stake and rabbit guard are put on (see main photo at top of this guide). Put the stake up wind of the tree, at Mansel Green the prevailing wind is from the South West. So put the cane South West of the tree about 6 or 7cm away taking care to avoid the roots underneath. Then cut the rabbit guard down if necessary so that some of the tree with a few buds is sticking out the top. Make one loose tie to the tree with twine and one tie to the guard.

If some mulch is available e.g. rotted Bracken it can be spread 5cm deep over the hole to suppress weeds and make removal of weeds easier.

Finally place some brash around the planting to deter grazing animals. Be careful when using Willow tops; don’t push the ends into the soil as they may take root and grow which we don’t want. The brash can be moved to one side when the area is to be mowed by scything and then returned until the tree is beyond harm from potential grazing animals. 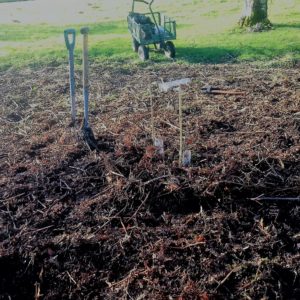 Mulch added to keep weeds down. 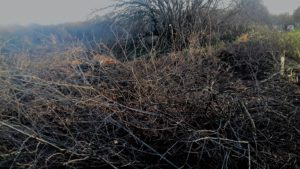 Brash around to deter grazing